Domov Blog There’s no need to cross the border for world-class AI. How we, KInIT, and HubHub built an AI community featuring global guests

There’s no need to cross the border for world-class AI. How we, KInIT, and HubHub built an AI community featuring global guests

What prompted us to organize the Better AI Meetup with KInIT and HubHub? Is Slovakia also capable of making first-rate artificial intelligence and even becoming an industry leader? How do we hope to boost Slovakia’s scientific potential?

Peter Rychtárik is a global capacity in artificial intelligence. He is a professor at King Abdullah University of Science and Technology in Saudi Arabia. He was also a member of the team that laid the foundations for federated machine learning. With this algorithm, people today can exchange information without the data actually leaving their mobile phones. Branislav Kvetoň is a Principle Scientist at Amazon AWS AI Labs. Jana Košecká, in turn, is a professor at George Mason University. These are just three big-name experts working in the field of artificial intelligence who spoke about their research at the Better AI Meetup.

Sharing one’s experiences and newfound knowledge, and expanding on expert advice is not customary in Slovakia. In many fields, communities are guilty of gatekeeping and will vastly limit the number of new people they take in.

However, this is not the way to go about developing first-rate science and refining artificial intelligence. “We want to create a community for AI researchers here. And for that we need to share our expertise,“ explains the founder and CEO of Innovatrics, Ján Lunter, who was one of the parents of the project. The Kempelen Institute of Intelligent Technologies (KInIT), which supports AI researchers in their post-graduate studies, also had the same idea. “Our needs have overlapped over time. For a long time, we’ve felt the need to connect the artificial intelligence community in some way,“ adds Mária Bieliková, Founder and Director General of KInIT. The meetup’s third partner is HubHub, which provides a space for the group’s meetings, while Tatra Banka, which uses AI and machine learning solutions to improve securities trading, has also recently joined.

Not only active listening, but also discussion is important

If one day Slovakia wanted to become a leader in artificial intelligence, the Better AI Meetup could be a great resource. It’s a meeting amongst like-minded people who want to advance and move forward with artificial intelligence. Innovatrics and KInIT began organizing it at the end of 2021. Due to COVID restrictions, it was first held online. The last few meetings have been hybrid – in-person with livestreaming.

However, lectures are not the only important part of the meetup. “We strive to find the best way for the community to get the most out of our speakers. Some prefer a presentation followed by a discussion, while others prefer an interview,“ says Mária. A considerable amount of time at the meetup is allotted for discussion. It lasts for as long as the audience has questions. Thanks to this discussion, even topics that aren’t entirely new will get the spotlight. “Since this isn’t a scientific conference, our speakers aren’t obligated to talk about only groundbreaking findings. What makes this meetup so unique is that people get the chance to speak with an expert, ask questions, and learn something new about already known methods,“ adds Mária Bieliková.

The aim is to also educate new AI researchers

She already keeps a list in her drawer of interesting people who could come and give a talk about their research. In her opinion, it’s inspiring for everyone from the AI community if, for example, they can come and see a researcher from Amazon give a talk, or perhaps someone with the capacity like the aforementioned Peter Rychtárik. “Especially if speakers are able to talk quite openly and freely about the things they’re working on. And also share what they think about AI development as a whole,“ says Mária Bieliková.

After only four meetings (with the first ones still being held online due to COVID), the Better AI Meetup has made its mark in the AI community. Mária is already hearing from interested companies that are engaged in artificial intelligence. They also want to give their own talks at the meetup. And all things considered, that was one of the main goals. To inspire companies in our region and show them that in Slovakia interesting things can happen in the field of AI and at a high level. “We have the people. The only thing left to do was bring them together so that they could have a community where they feel comfortable sharing their findings,“ states Ján Lunter.

At the same time, however, Innovatrics and KInIT want to show students and doctoral students that there’s no need to go abroad. Because they can get all the expertise they need right here at home and be part of a great community too. “We have a plan to foster a group of well-educated individuals who know how to do artificial intelligence on a global scale,“ says Ján Lunter. Eventually, these meetings could also expand into Central Europe. Never underestimate the power of word-of-mouth publicity. 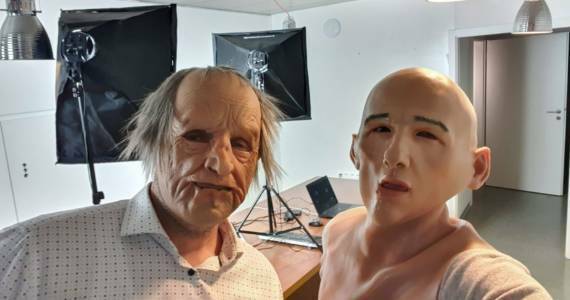 How Our Ukrainian Colleagues Help Us Train Algorithms

END_OF_DOCUMENT_TOKEN_TO_BE_REPLACED 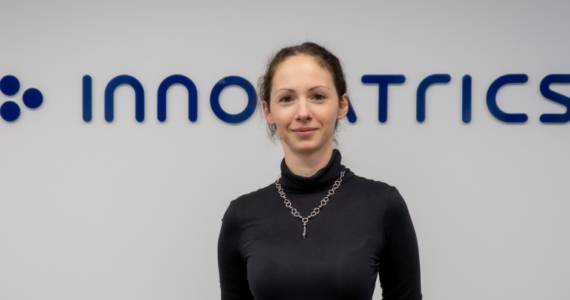 The client must decide for themselves that they need biometrics