Domov Blog From Bratislava and Beyond: Unique Technology that Outperforms Global Competitors

From Bratislava and Beyond: Unique Technology that Outperforms Global Competitors

It may sound paradoxical, but it is essential for the sale of IT products to attend offline events such as exhibitions. Moreover, it is also very important to constantly improve our technologies and develop an excellent reputation.

It is difficult for a Slovak company to break through into North America with facial biometrics. Unless we start an American company with American representatives, the odds will be against us. “Americans see us as Russians. If you want to negotiate a facial biometrics business with them and your representatives have traditional Slovak names, chances are you won’t get the deal,” explains our Chief Sales Officer, Peter Martiš.

It is also very difficult to make a mark in European government tenders. “A few companies that are connected to the German or French government are successful there,” says Martiš.

However, the core of our foreign business comes from developing countries. We have worked on several interesting projects in Africa. Thanks to them, we were able to significantly improve our technology, and this created a strong reputation for us. Because of our projects in Africa, we have an algorithm that can recognize the faces of African Americans just as well as Caucasians, which is something many American companies currently have a problem with as reflected on the Black Lives Matter movement. Several large companies do not want to do biometrics because of ethical and racial issues.

Since our technologies are among the most accurate in the world, we are also able to satisfy customers with really demanding requirements. We are constantly raising the bar, and that is why our references keep growing. And references are a very important sales tool for us.

On this market, we need to be visible to our customers. “We’re maintaining a high profile by attending several exhibitions around the world each year. It is a good way to show government clients in particular how we have consistently improved our solutions,” explains our CSO, Peter Martiš. This is how we won a contract in Saudi Arabia, for example. “Although they contacted us three years after the exhibition when they needed to upgrade their centralized system for registering people at the border, they still remembered us,” adds Martiš. It may be paradoxical, but it’s good for an IT company to attend offline events to maintain the brand.

African countries are good partners for us in the government business. They often replace non-existent personal or identification documents with biometrics, so they need them more than in Europe or the USA. “We understand which methods of argumentation and sales work on these customers. We know that even if they keep us waiting at the meeting for a few hours, we cannot leave because the deal would immediately fall apart. However, once we come to an agreement, the deal holds. They are even able to send millions of dollars in advance just to make sure we take the job seriously. But the agreed price is final, despite the fact that we often have to redesign solutions according to their new requirements. Fortunately, we take this into consideration when setting the price,” explains Martiš.

While we also currently sell our solutions directly, we only operated through indirect sales until recently. “We were far from ready to participate in government tenders. We were mostly with a partner as a subcontractor of a biometric solution,” he says. Although we only received a certain percentage of the total amount from a large contract, this position suited us. “We often didn’t even see the end client. We did not have the degree of responsibility as the tendered company; we did not have to fear any contractual sanctions. Gradually, we aimed to deliver more complex projects for more money. That, of course, came with greater responsibility,” says Martiš. The elections in Guinea were a milestone. “It was our first major government project in which we acted as the primary contractor and we delivered this biometric election registration project directly,” he adds. 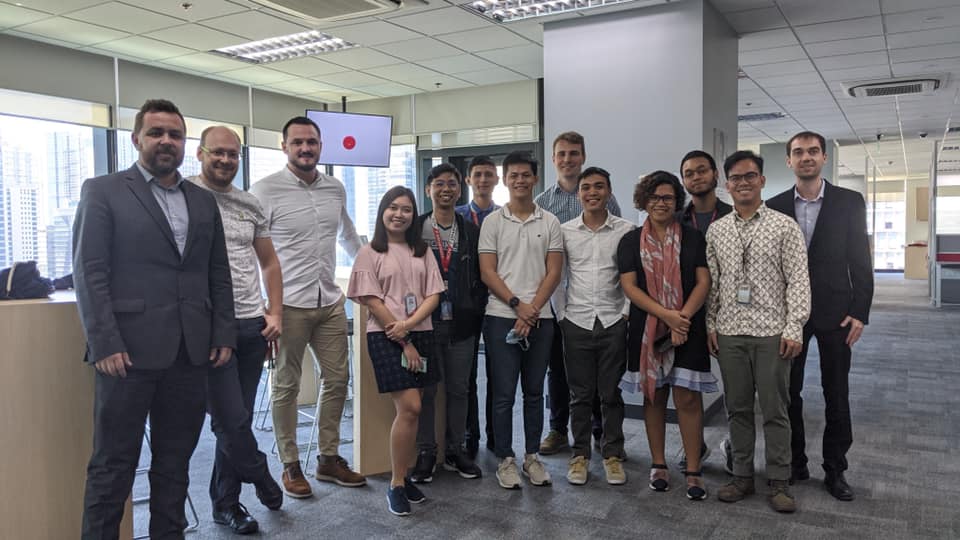 Our excellent references always make a difference. The President’s adviser in Guinea was once the head of IT in Burkina Faso, where eight years prior we had worked on an election system with more than a million registered voters. That was actually our first big project. Since then, we have delivered, among other things, a biometric system for Indonesia with approximately 180 million biometric records. “In Guinea, they just confirmed that we are able to deliver such projects on our own. References sell best,” repeats Martiš.

From enterprise to government

This is how it works mainly in the government sphere, which is our core business. However, we are also rapidly entering the enterprise sector. Three or four years ago, we decided to diversify our business. Government projects usually take a very long time and there are fewer of them. “We decided to go into the enterprise sphere, particularly the banking or telco sector. These are much smaller contracts, but there are more of them. It is also a completely different business process – shorter but helps us cover potential outages from government projects,” explains Martiš. In the commercial sphere, we have good clients in Europe; we supplied technology for a robust project in Asia; and we are also penetrating America. We supply solutions for Erste Group and Raiffeisen, but we also negotiate with the American Uber and the French Orange.

Selling to the world beyond Bratislava

What is significant to us in terms of international business is the fact that we must be present in the given part of the world. We have been doing international business from Bratislava for a long time, but that is currently quite inefficient. We must have a branch, or at least a sales representative, located directly in the region. The reasons are simple – you need to know the different culture and language of the country. But business is also hampered by different time zones. “Therefore, we continuously recruit people for positions in the area of business development – salespeople and technical consultants. We have someone in Taiwan, staff in Singapore, and a local in Brazil and the USA. Currently, we are looking for a new colleague in Riyadh and Dubai, and we plan to continue our expansion in Asia,” says Martiš. The goal is to have smaller autonomous teams that cover the individual regions.

This has proved particularly useful especially during this Corona crisis when some borders have remained closed and we are unable to travel. New business is much easier in places where we have people. Where we do not, our hands can be tied. We are working on large projects with the National Bank of Chile and the National Register of India, the latter being the largest biometric project in the world. We are trying to win over French Orange, but we do it all remotely. We communicate with them via videocall. “Often, people turn off the camera, so you can’t read their body language to find out what people think about your solutions. They often don’t pay attention. That would not happen at a personal meeting,” says Martiš.

During the pandemic, we were able to attract interest in our products through webinars or targeted ads on web fintech magazines. Simply said, we are trying to draw attention to our solutions at this time as well. Today, when borders are still closed, it is much harder to close a deal than before the pandemic, but our salespeople are used to challenges and we can quickly adapt to the challenges ahead. 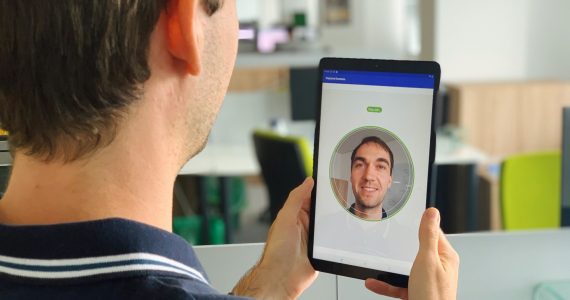 3 Positions in 5 Years, and Still Looking Ahead

END_OF_DOCUMENT_TOKEN_TO_BE_REPLACED 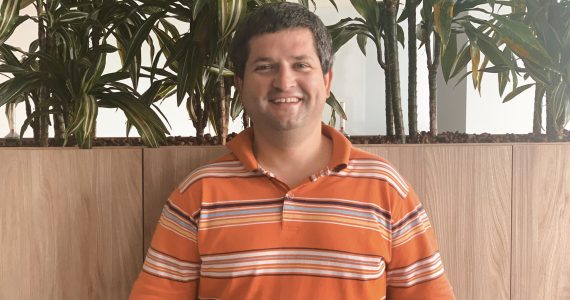 From Fingers to Faces. From Technology to a Whole Product.